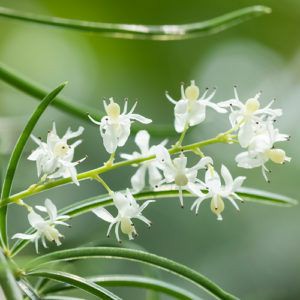 Shatavari is also known as Asparagus racemosus. It’s a member of the asparagus family. It’s also an adaptogenic herb. Adaptogenic herbs are said to help your body cope with physical and emotional stress.

Shatavari is considered a general health tonic to improve vitality, making it a staple in ayurvedic medicine.

Shatavari scientifically known as Asparagus racemosus is the most important herb for women in the Ayurvedic herbal apothecary. Suggesting that the traditional use of this herb to support and tonify the female reproductive system. It is been used to support women at the end of menses by encouraging circulation, as well as a healthy nervous system and hormonal function. It is also known as an overall reproductive tonic. Shatavari can be used, for all stages of a woman’s reproductive cycle, beginning with the menarche (start of menses), supporting the female system through menses, ovulation, and fertility, and symptoms like hot flashes, irritability, irregular memory and dryness during menopause. Shatavari also builds Ojas, our core vitality and the essence of immunity, virility, and sleep..